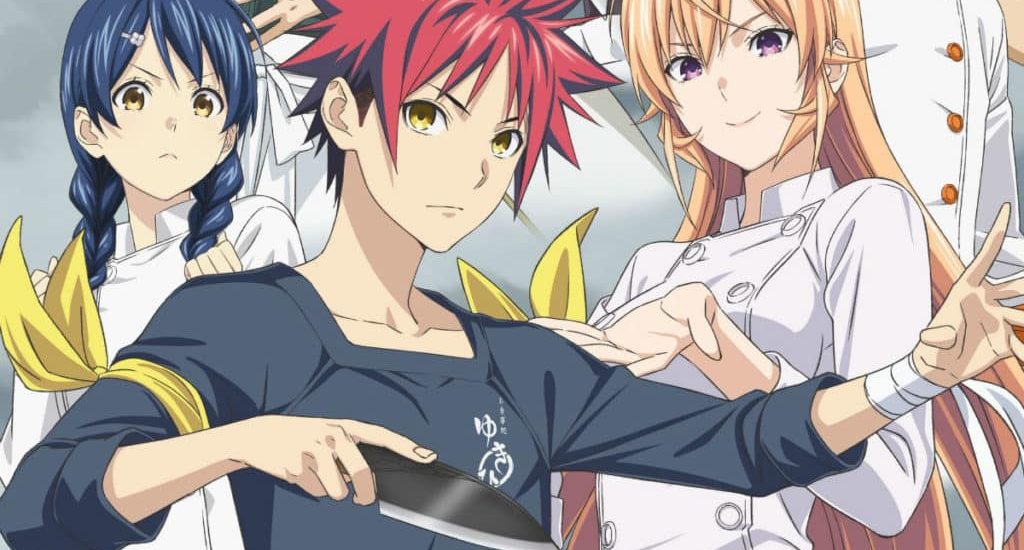 The tastiest anime is now back with another season. Be ready to witness the extravagant and hilarious food service all over again. The Anime Food Wars is back with its brand new Season 5.  Even though, the previous season didn’t do too well. But it ended on a fairly good note. After the first episode, we can say that the anime has started off really well. But its too soon to make any opinion. But, for now, all we can do is wait and watch how the season progresses.

Journey of the Anime Food Wars:

An anime adaptation of the manga was done by J.C.Staff. Season 1 streamed from 3rd, April 2015 to 25th September, 2015.  A second season named Food Wars! The Second Plate streamed between 2nd July to 24th September 2016. Similarly, the first half the third season, referred to as Food Wars! The Third Plate aired from 4th October and ended on 20th December, 2017. The second half aired between April 9 till June 25, 2018. A fourth season entitled Food Wars! The Fourth Plate aired between October 12 and December 28, 2019.

Season 5 will be the last and final season of the anime Food Wars!

The backdrop of the anime Food Wars is set at Totsuki Saryo Culinary Institute. It is an elite culinary school located in Tokyo, Japan. Teenager Soma Yukihira’s dream is to become a chef. He wants to work in his father Joichiro’s family restaurant. And he always aspires to outstand his father’s culinary skills. Due to unavoidable circumstances Joichiro closes his shop. Soma enrolls in Totsuki Saryo Culinary Institute. Soma manages to get a seat for himself despite the troubles created by Erina Nakiri. Erina is the granddaughter of the dean of the school. She is very talented. The plot revolves around Soma and his struggles. The story showcases his adventures as he interacts with his peers. Soma Learns that his father too was a student of Totsuki. And also gets to know that he was the second seat in the Council of Ten. Soma then determines and plans on becoming the best at the academy.

Food Wars Season 5, Episode went on Air on 11th April, 2020. So you all must be expecting the new episode to release this week. But there won’t be any episodes releases this week. As the anime is going on a break. The break will end next Saturday and then the season will continue again. Hence, Episode 2 of the Anime Food Wars will release on 18th April, 2020 at 12:30 Am JST.

What is  Food Wars! Season 5 Episode 2 all about? This what you all might be curious about right now. Though there aren’t any spoilers going on currently.