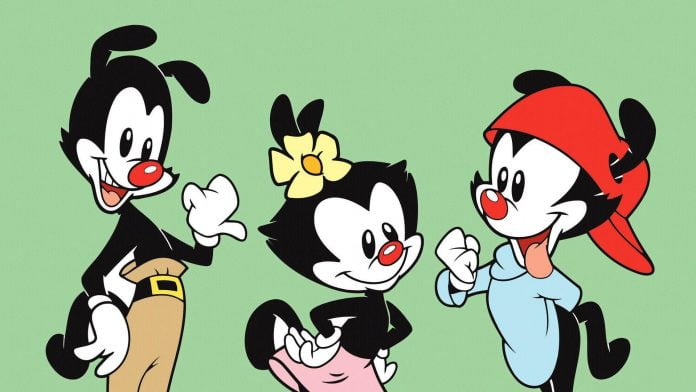 Remember the old childhood days, watching our favorite anime shows… What a relief it was. Imagine reliving some part of those days now? Exciting, isn’t it. But how?  Well, to make these hard pandemic times a bit easier, all-time favorite ‘Animaniacs’ is coming back. Isn’t it amazing?

The all-time favorite and popular series Animaniacs is coming back to hit the screens with Hulu. The officials launched a virtual clip confirming the release of the series at a New York Comic-Con.

😲 @Hulu did it. They- they actually did it. Check out our @NY_Comic_Con exclusive clip! #Animaniacs #NYCC pic.twitter.com/U0Z9cb15Ir

This article tells you everything you need to know about the upcoming series Animaniacs on Hulu.

Animaniacs is a classic series of the era ’90s; it is all set to reboot itself for the 21st century. The series is known as one of the first-ever Hulu originals specifically made for families.

The series Animaniacs is all set to make its re-debut on Hulu TV on the 20th of November 2020. The first clip for the show was recently launched, which features Warner Brothers and their sister Dot in Jurassic Park.

The cast of the series include –

Steven Spielberg will be returning as the Executive Producer of the series. The original series made its initial debut in 1993. The show successfully ran till 1998, covering a total of five seasons.

During the New York Comic-Con fest, the first clip for the show was revealed during the virtual event of the New York Comic-Con fest. The clip features a movie parody, following a backdrop of Jurassic Park. This means that, this time, the Jurassic is going to get some satirical treatment. And instead of the dinosaurs in the Jurrasic world,  Yakko, Wakko, and Dot appear on the screen.

After seeing the clip, it feels like nothing has really changed much. Everything is the same, just like the old times except for the high-quality visuals and new and improved animation. It feels all nostalgic, as if the days from the 90s are back!

Animaniacs, along with the Jurassic Park Parody and Spielberg’s special appearance, is going to be the icing to the cake.

Not only this, to our surprise, the clip revealed that the beloved duo Pinky & The Brain are also coming back. The show is all set to hit the screens next month again on Hulu.

Till then, stay tuned for with us for more updates and information.