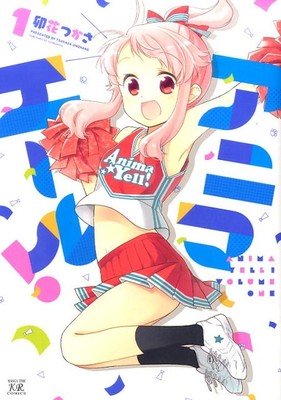 Hobunsha is listing the fifth volume of Tsukasa Unohana‘s Anima Yell! four-panel manga as the final volume. The volume will ship on September 25.

The manga centers on Kohane Hatoya, a young woman who loves to be helpful to others. After she moves from middle school to high school, she becomes fascinated with cheerleading, and she starts a club at her high school. Joining Kohane in her cheerleading activities are the experienced Hizume and Kohane’s childhood friend Uki.

Unohana launched the manga in Hobunsha‘s Manga Time Kirara Carat magazine in February 2016. Hobunsha published the manga’s fourth compiled volume in July 2019. The manga inspired a television anime by Doga Kobo that premiered in October 2018. Crunchyroll streamed the anime as it aired in Japan.

One Punch Man Season 3: Spoiler Alert! Saitama is back with...

Everything To Continue With Keanu Reeves And Carrie-Anne Moss