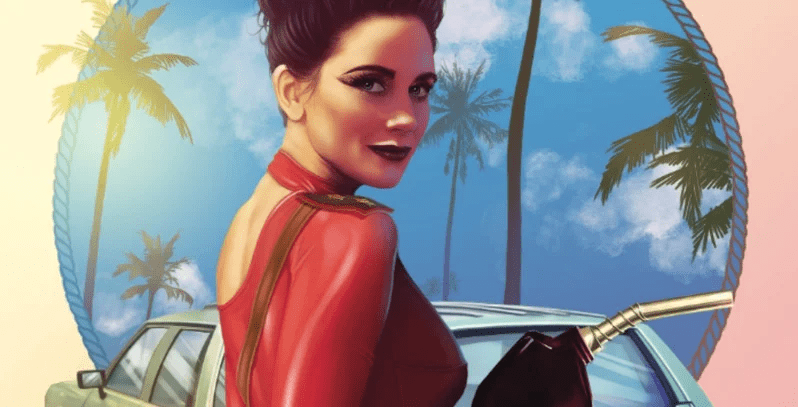 A wrestling based comic is about to get viral. It is a story about gorgeous wrestling ladies inspired by hit Netflix series GLOW. It is a miniseries where lady wrestlers come along new anchor.

Tini Howard writes this book and April Jeanette Mendez, better known as AJ Lee, a professional wrestler and American writer from New Jersey, co-writes it. The publisher of  GLOW has officially announced  GLOW vs The babyface. These are to hit shelves in November. AJ Lee marks the return of artist Hanna Templer, who illustrated IDW’s previous  GLOW comic.

Aimee Garcia well-known American actress is best known for her role as Veronica Palmero and for starring in Lucifer a Netflix original series, is a part of GLOW. She explains that she has always been a massive fan of  GLOW. Also “I grew up reading comics and never saw myself represented in them, so I’m excited to explore these trailblazing characters and create the change for the next generation. AJ and I are writing for our younger selves.” says Aimee.

AJ Lee adds “As huge fans of the Netflix series, Aimee and I are thrilled and honoured to get our hands on the ladies of GLOW“.

“Aimee’s experience in acting and my experience in pro wrestling makes us a formidable tag team with a unique perspective to truly channel the voices of these hilarious heroines. Our mission as writing partners is to represent diverse, complex, and unbreakable female characters, which is why GLOWfeels like the perfect fit.”

Return of Justice Society of America in Justice League

KissAnime And KissManga Shut Down! Know What Happens Next

Kodansha Comics Launches Simulpub of A Sign of Affection Manga –...

The abilities of Immortal Hulk will be tested in comic by...