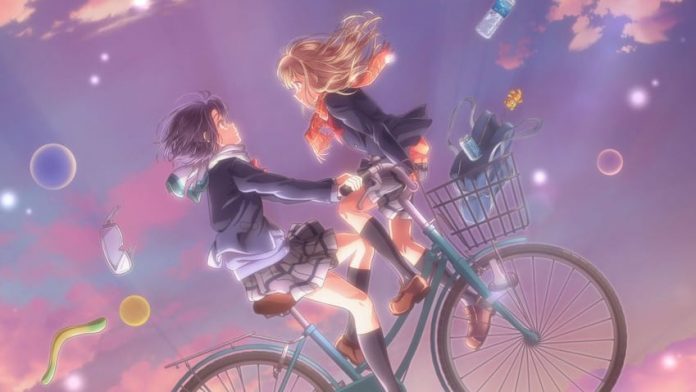 As per the previous episode of the anime Adachi and Shimamura, we troubles arise in Adachi and Shimamura’s friendship. Shimamura feels Adachi is ignoring her. Upon reaching Adachi’s place, Shimamura gets to know that she is very sick. Later, Adachi decides to ask Shimamura to plan a weekend hang out with her friend.

Later in the anime we see, Shimamura going to the gym in the morning. On her way, she meets her mother, who starts questioning her about whether she is regularly attending the school or not. Shimamura gets numb and doesn’t answer properly to this. To which her mother advises her that going to school is for her own. Her mother’s words hit Shimamura hard. She starts developing a fear about her future.

For those who aren’t aware of this anime series. Let me give you a short glimpse of it. The anime Shimamura and Adachi is an adaptation of the Japanese Light Novel Series of the same name.

The anime started premiering back in last month from the 9th of October. And since then till now, a total of 4 episodes are released. And now it’s time for the fifth one.

The upcoming 5th Episode of the anime Adachi and Shimamura is set to make its release on Friday, 6 November 2020, at 1:58 AM JST. The anime follows releases new episodes every Friday. The upcoming episodes, as well as the previous ones, are officially available on Funimation.

Meanwhile, we can see Adachi’s mom telling Ms. Shimada that Adachi is a trouble maker. Shimamura gets furious upon hearing all this and starts defending Adachi. She claims that Adachi’s mom doesn’t try to understand Adachi, and hence she doesn’t know much about her.