A3! Season Autumn And Winter Episode 16: Setsu and Juza’s Rivalry 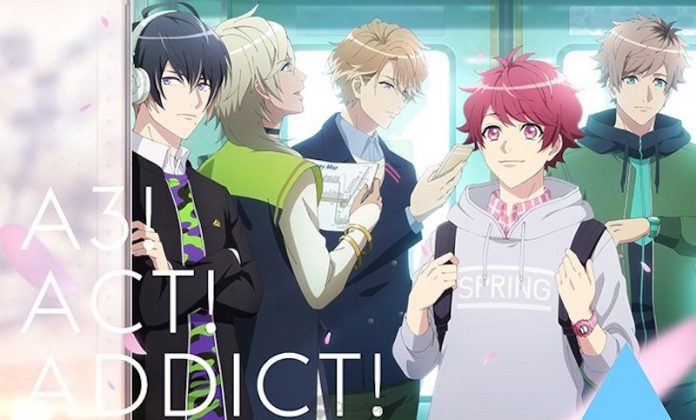 We have seen various anime and manga series getting game adaptations like Pokemon, Doraemon, Naruto, Dragon Ball Z, and more. But A3! Season Autumn and Winter is one suck that is an adaptation of a Japanese game.

Isn’t this sound interesting. An anime series developed out of a game. The game A3! is a mobile game that was released back in the year 2017. The developer of the game was Liber Entertainment.

In the previous episode of the anime A3!, we see the team discussing the Fleur awards. The prize money for the award is worth 10 million yen. The plans on trying to win this money. Because if they manage to do so, they all will be able to pay off their respective loans easily. Izumi suggests that they all need a team leader to help them prepare for winning.

Further, in the anime we see, Setsu raising his hand to be the team leader. He then immediately appoints himself as one without other’s consent and any other contender against him. Doubts start to arise in Sakyo’s mind. Sakyo feels that Setsu isn’t the right choice for the leader position.

Further, in the anime’s backdrop, we see the rivalry between Setsu and Juza’s reaching its peak. Setsu starts to become egotistic and behaves rudely. The next day he even arrives late for the rehearsals. He overconfidently says that he can act better even without practicing than the rest of the other. Later, Setsu starts ordering everyone to do this and that. This makes Juza loses his cool. Sakyo, however, manages to calm Juza down.

The episode of the anime continues with the duo’s rivalry increasing with every second. While other teammates also starts getting tired and annoyed because of Setsu’s attitude.

What will happen next? Will Setsu realize his mistake? To find out, wait till the release of the anime A3! Season Autumn and Winter Episode 16.